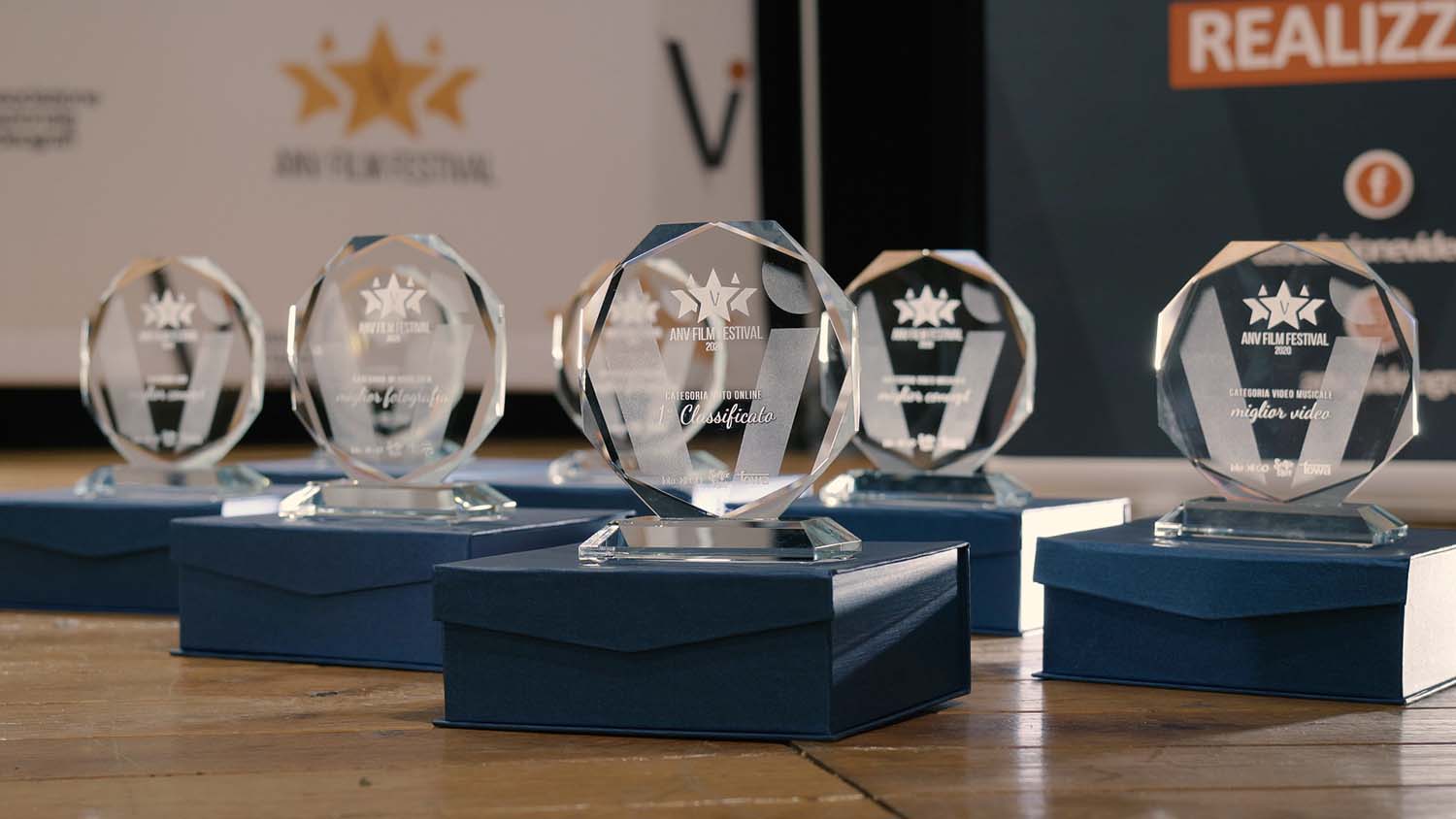 Participation is FREE and open to all videographers

The 10 videos of each category that will be nominated will be awarded with the vote of the judges selected from the best professionals and teachers in the audiovisual sector.

All short films of any genre and nationality with a maximum duration of 10 minutes are admitted.

All commercial and advertising videos are allowed. Open to authors of any nationality with a maximum duration of 5 minutes.

All genres of music videos are allowed. Open to authors of any nationality with a maximum duration of 5 minutes

Wedding Films and Elopements that contain a real wedding are allowed. Open to authors of any nationality with a maximum duration of 6 minutes.

Founder of Maru Films. Born and raised in a small town in southern Holland, he lives in Amsterdam with his wife PUI-YUK.

Capture them and create something that people can hear. Being touched.

This is what Maru Films stands for.

We capture what is most important: the love between two people and the emotions during the day.

Not only the emotions of the newlyweds, but of all those around you on your special day.

As two creative professionals, we have a unique artistic eye for shooting.

We stand out for the style of artistic shooting and attention to detail.

The combination of artistic imagery, carefully chosen music and capturing emotions makes our kind of wedding film that touches you deeply.

Named by Harper’s Bazaar as one of the best wedding filmmakers in the world, Sculpting With Time was founded by husband and wife, Alex and Whitney Douglas.

We are known for the bold and exaggerated look of our films.

Stunning cinematography and a modern and sophisticated approach to editing are the foundation of our work.

Artistic inspiration is extremely important to our process, so we limit the amount of weddings we film each year to give couples the absolute best.

We want to build a real connection with you, so that you feel completely relaxed in front of the camera and know that we have a personal investment in you and how your films are going.

We truly believe it’s our passion, our attention to detail and the time we put into the meticulous making of our films that allow us to tell your story better than anyone else.

Sculpting With Time is an Emmy-winning film studio.

Our weddings have regularly featured in People, Martha Stewart Weddings, BRIDES, Style Me Pretty and more.

Our commercial and documentary films have been featured on CNN, HBO and Rangefinder Magazine, and have been shown at film festivals and museum biennials from Hong Kong to San Francisco

We started Kreativ Wedding in 2013. We love to capture real moments, real emotions.

We see weddings as a celebration of love and we are doing our best to tell the stories as they are.

To show true feelings, passion and love between the couple and their family and friends.

When we are not at home in Mettmann (near Düsseldorf) with our lovely cat Lucy, we travel the world, love cinema, spaghetti, pizza and white wine.

In recent years we have built a team of people who share our vision and passion.

The life of a video editor (Italy)

The life of a video editor (LVDUMV) is a community born by chance in 2014, they are on Facebook, Instagram, Telegram, YouTube. The Facebook page, managed by Fabrizio Oggiano (founder) is a diary of quotes, memes, columns and facts that really happened to all those who make a living from this work. The Facebook Private Group, on the other hand, is the real community. A concentrate of experiences, advice, working collaborations, friendships, quarrels and loves! All around a single goal: “press buttons!”. Inside we find professionals from the audiovisual sector and communication in general and passionate amateurs with a desire to learn. Mutual help is on the agenda and the world of video is discussed at full spectrum, from the technical aspect (shooting and editing) to the communicative one.

Founder of the T2films production company specializing in commercials and promotional videos.

“Why did you choose us? Because we are restless, in eternal struggle with ourselves to prove ourselves better.

Because we are grateful to anyone we meet, to anything we see, because it teaches us something unique.

And because we are not satiated with emotion.

For this we observe carefully. Just where the eye does not see, the heart begins to invent.

We love technology: it allows us to materialize our visions.

We are futurists in search of romanticism. ”

“I am mainly a director of photography, engaged in cultural, promotional and advertising productions, but I think it is difficult to classify only in this role.

In many situations, I also deal with directing, editing and grading and I also have good skills in the audio field. I am at ease both in large productions and in low budget projects, in which, compatibly, I can cover more roles.

My professional figure tries to cover both the creative part and the highly technical part. I don’t like technology as an end in itself, but I think it is very important to know what the market offers.

Many leading companies in the video sector use, or have used in the past, my collaboration and / or consultancy.”

Color Correction and Color Grading for video and images for advertising agencies, production houses, cinematographers and my own direct clients.

Correction, Color Management and Post-Production of the image in Photoshop.

Professor of Color Grading at the Experimental Center of Cinematography

Professor of Color Grading at the Santa Giulia Academy of Fine Arts in Brescia.

Consultant and trainer for companies in the video and digital imaging sector, advertising agencies, production houses, cinematographers and direct clients

Director and film producer of Eye Slice in Madrid

Founded in 2018 by Raúl Cerezo and Helion Grande, EYE SLICE is a label that creates cinematic dreams and nightmares. The main focus is the strategic development, production and financing of horror, fantasy, thriller and science fiction films and television series. Eye Slice’s mission is to tell stories with genuine passion, always respecting the best creativity and, consequently, delivering meticulous films with each new project. If you like restlessness, open your eyes wide. We’re sharpening the razor …

Giacomo Fabbrocino is one of the founders of the Pigrecoemme film school in Naples.

He alternates his activity as a film editor with that of author of videos on contemporary and experimental art.

In 2001 he participated with the video P @ rete in the 10th edition of the Biennial of young artists from Europe and the Mediterranean, held in Sarajevo.

In 2010 his essay “Notes on film-rock opera” was published in the volume Rock Around the Screen – Stories of cinema and pop music (Liguori Editore) edited by Diego Del Pozzo and Vincenzo Esposito. He took care of the video post-production of documentaries and music clips.

In 2011 he edited Sandro Dionisio’s feature film “Un Consiglio a Dio” (with Vinicio Marchioni), the only Italian film in competition at the 48th Pesaro Film Festival.

Also in 2011 he took care of the post-production of the documentary “Midnight Bingo”, directed by Antonio Longo and winner of the 13th NapoliFilmFestival in the same year, and also Special Mention at the EtnoFilm Fest and Best Subject Mention at the CinemAvvenire Video Festival.

In 2013 he directed “Christian Leperino. Landscapes of Memory “, a video between documentary and video art on an installation by the artist Chistian Leperino. The video is screened at the Madre Museum in Naples on 5 October 2013 and is on display in the 2013 edition of the Art Doc Festival, a section of the Rome International Film Festival.

In 2014 he made the artist’s video “Still in Life” with Raffaela Mariniello, on display at the Studio Trisorio gallery in Naples from 7 March to 26 April 2014 and included in the permanent collection of the MADRE Museum from May 2015.

In 2018, Riccardo Zinna’s film “Flavioh – Tribute to Flavio Bucci” edited by him is at the thirteenth Rome Film Festival.

He teaches Editing at Pigrecoemme and at the Academy of Fine Arts in Naples.

Paolo Sodi is an Italian director and director of photography.

Since he was a teenager he knew which way was his own. The desire to experiment has led him around the world and, to date, his productions are a concentrate of aesthetic beauty, full of “stories to tell”.

“My intent is to arouse reflections, I love to go deep and I want my stories to be authentic, truthful.”

Professional eclectic, he devotes himself full time to the making of documentaries and commercial productions. He prefers naturalistic and anthropological themes.

He collaborates with important partners in the sector and has specialized in the production of documentaries, traveling between Europe, Africa and Oceania.

“The most important value of a man is loyalty; I suffer when I observe that there is no respect for nature, for other living beings and for the world we inhabit “

The sponsors will make available to all the winners of the various categories a prize in photo / video equipment or services for videographers.

The award ceremony is scheduled in November 2021. A party with the anchor-man will be organized, there will be 12 crystal trophies and 12 prizes in photo/video equipment.

ANV Film Festival is organized by: